In the summer of 2020 a new building was constructed just across the railroad tracks in the small town of Nokomis, Illinois. We sat down with Kurt Aumann, of Aumann Auctions to discuss this new building. 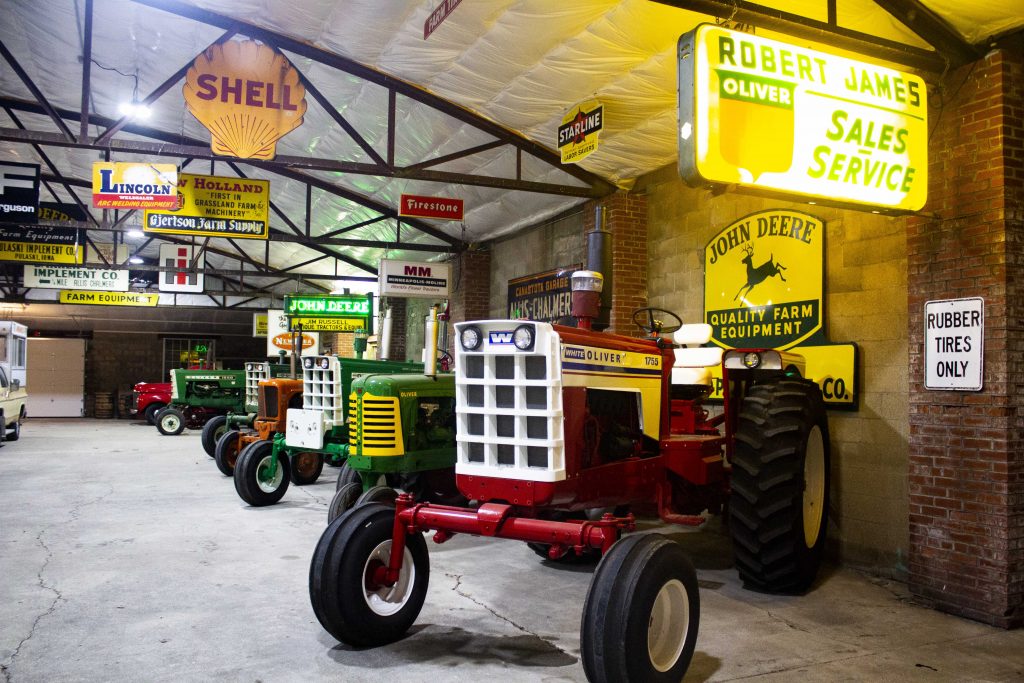 How did the idea for the Tractor Factory come about?

We thought for a long time about putting up a building to make the ultimate tractor hang out. As time went on our taste changed from white walls and white floors to something that looked a little more vintage and gave more ambiance. 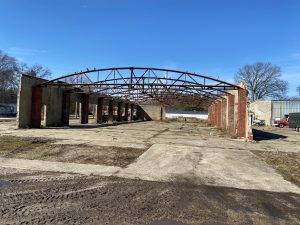 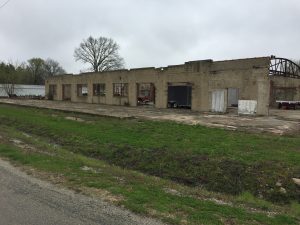 We kept driving by this property and looking at this large pad of concrete that was already poured. We made a decision to restore the building and make it fit the exhibits that are displayed here now.

We’ve used early tractor and farming signs as decor in the building. We even have two original 1948 billboards that had never been hung. One of the billboards is inside the dealership. It’s an Oliver billboard that was found in a warehouse in Oregon. 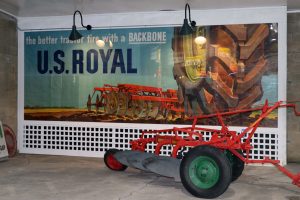 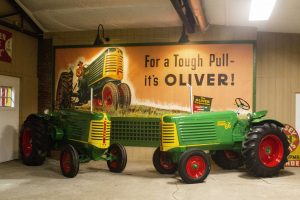 A few of the signs in here hold a personal connection to me because they were signs that were at dealerships in our small community of Nokomis. They include Allis-Chalmers signs from Huey Keller’s AC Dealership, Nokomis Implement signs from the International Harvester and John Deere dealerships, both of them were called Nokomis Implement over the years and even some Oliver signs. 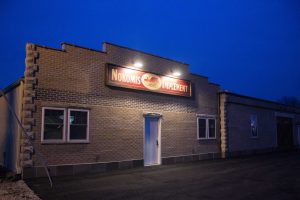 We hope the Tractor Factory becomes that place that tractor collectors can go spend some time together, talk tractors, just enjoy the ambiance. It’s kind of the ultimate tractor cavern.

What was the building before you remodeled it?

This building was originally Hedlund Manufacturing. The company made water skis, snow skis, toboggans and hockey sticks, anything with bent wood, was manufactured in this building. 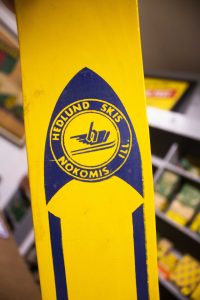 We even have a few artifacts from the old Hedlund Manufacturing Company including a salesman sample set of skis. By the late 1960s, the manufacturing went overseas and the building began falling into disrepair.

I was able to buy the property many, many years ago and this building was in massive disrepair. The roof had fallen in and all that was left to the building were the two block walls and the steel arch trusses. That’s all there was. It’s just like a tractor. I like taking something that is kind of a wreck, refurbishing it and making it something nice and that’s what we did with this building. 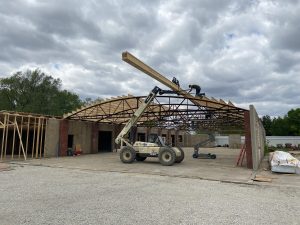 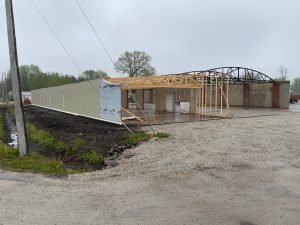 There are several different features in the Tractor Factory. Will you tell us about some of them? 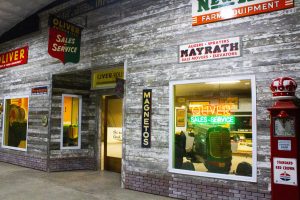 One of the things we wanted to include in this building was the look and feel of the old tractor dealership. We recreated the facade of the front of the building inside of this building so you can experience walking through the front door and seeing the parts counter and the tractor sitting on the showroom floor. This is probably one of the last places on the planet that you can walk into a 1948 or 1950 dealership and still get the sights and the smells of what that felt like. 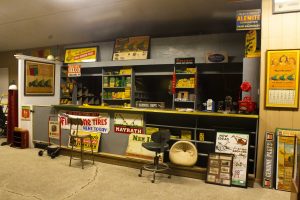 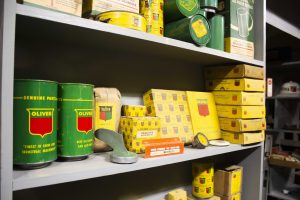 There’s a piece of International Harvester history here too, can you tell us about Tracto?

We’re honored to have one of the exhibits in the Tractor Factory that belongs to the late Darrell and Kevin Darst. We did an International Harvester memorabilia auction for Kevin after Daryl had passed away and she had one item in the sale she just couldn’t part with. 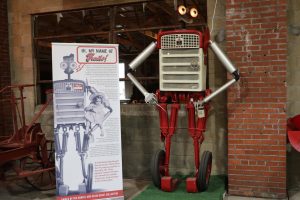 That was Tracto. Tracto was a robot built by International Harvester and taken to farm shows and used as a promotional exhibit. She had a special connection to Tracto, so when she moved to be closer to her daughter she didn’t have a good place to store it. So we’re babysitting Tracto and have him on display for people to see and enjoy.

And like any great man cave, you have a bar?

Yeah, one of the features in the building is a bar made from a manure spreader. We cut an Oliver manure spreader in half lengthwise and mounted it to the wall with a glass top. It makes for a place for everybody to gather and spread a little manure. We even found an original New Idea promotional banner that says, “spreadquarters”. 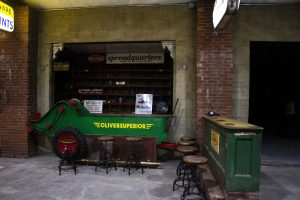 There’s something hanging on the ceiling above the bar. Can you tell us about that?

One of the big banners in the building is an enlarged photograph of a community of farmers that came together to farm another farmer’s land because he had some health issues. It is honestly my favorite photograph on the planet Earth. 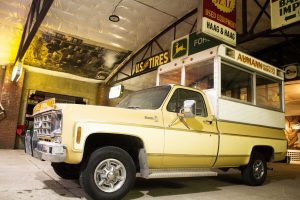 It was just a few months after my dad returned from Vietnam and he’s pictured amongst that group of farmers. My dad is the one that is the third to the right standing up.

We hear you have other plans for the Tractor Factory. Can you tell us about those?

Wow we’re excited to use this space for the Classic Tractor Fever Television show which airs on RFD-TV and for something new that’s coming down the pike that we know you’re going to be interested in, so stay tuned to the website to find out.