International Harvester only built 273 of these 20 horsepower Type D Titans from 1910 to 1914. Only five complete tractors are still known to exist. The tractor was originally shipped from the factory in Milwaukee, Wisconsin to Australia where it spent the majority of its working life. 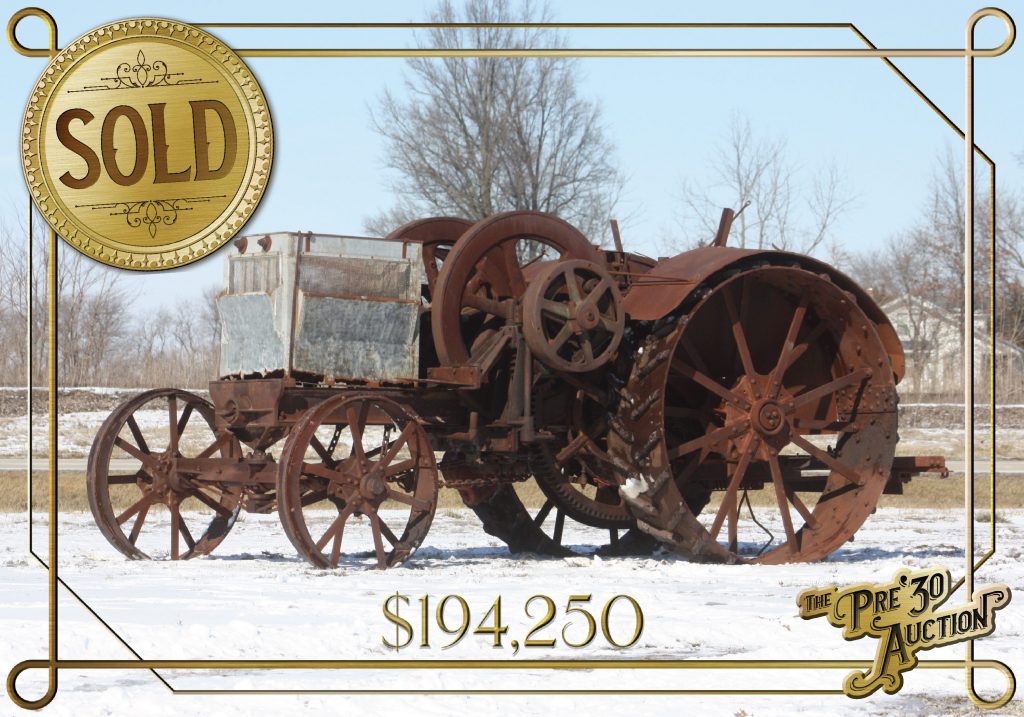 Now after over 100 years in Australia the tractor was shipped to the United States and sold at auction. We reported earlier this year on the controversy surrounding this rare tractor.

In a recent article by Vernon Graham titled, “Rare Aussie farm tractor brings $250,000 in US online auction”, two collectors from the “Land Down Under” continue to argue the tractor should have never left the country.

Both men are quoted in the article expressing their dissatisfaction with the outcome.

“We have campaigned to have this machine dealt with by the appropriate department and have been unsuccessful although I maintain that it is an illegal export from Australia in relation to the Movable Cultural Heritage Act,” Mr Edgar said…”

Mr Landry continues to make accusations about the serial number of the tractor, listed on the auction as UB4183, and the history of the tractor itself.

“…Mr Landry from Leongatha South has disputed several claims that Aumann Auctions and others have made about the Titan D tractor. He believed the correct serial number of the tractor is UB 4133 based on his photographic records. As well he said claims the Dewey family had rescued the tractor from abandonment in bushland at Anakie north of Geelong were also incorrect. The tractor had been in the care of a farmer with a different name from She Oaks for about 50 years until he had to move to a nursing home around 2018, he said…”

Dan Boomgarden, the author of this story, has seen the stamped serial number on the head of the Type D Titan and although it looks like UB 4183, it could be interpreted as UB 4133 as the casting has been exposed to the elements for decades. 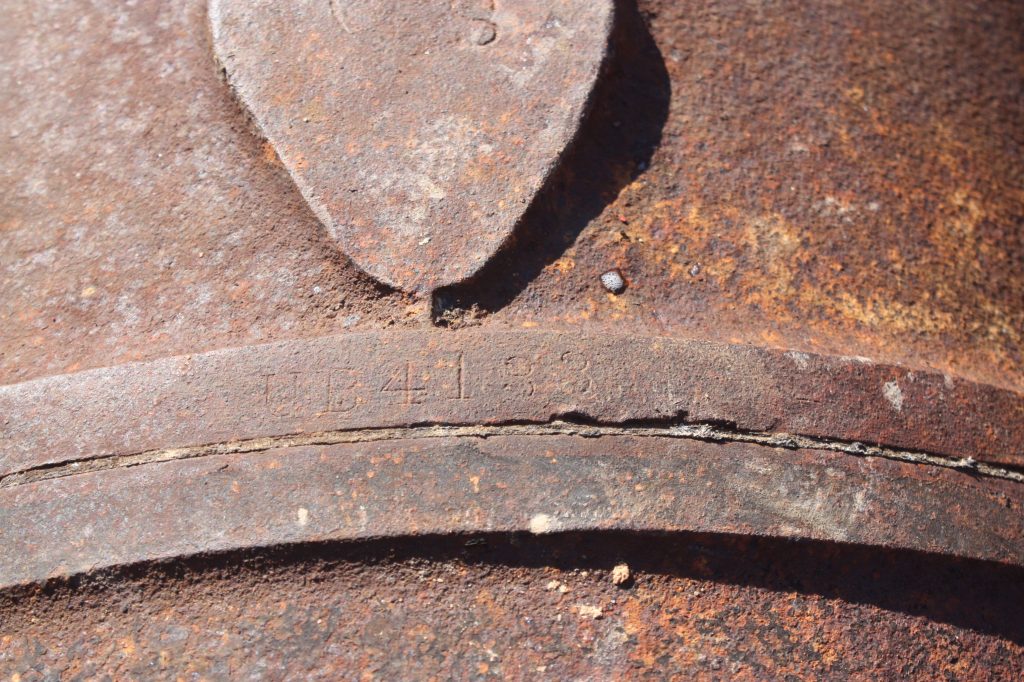 As far as the comments from Mr. Laundry about where the tractor originated, the author and auction company both received information directly from Roger Boardman, the son of Jack Boardman the Australian owner of the tractor who consigned it with Aumann Auctions.

Roger wrote in a statement,

“I am recalling what I can of rescuing the Titan stranded in the bush in Victoria Australia and the history of what I know about the tractor. Unfortunately our father is suffering from dementia so he is unable to tell the history as he recalls, so I will tell it the way I understand.

We have a picture of a Titan which is supposedly ours at the Royal Melbourne Show. I am surmising it was new and being shown by International or by a dealer. This would have been a big crowd drawer as in this era the tractors were very scarce especially something like this.

From what I understand a sawmill / timber merchant in the suburb of Footscray in Melbourne purchased it and used the machine to pull logs out of the bush and drive a sawmill on site. This stands to reason with the belt drive on the tractor which I understand is a rarely seen addition.

The Titan worked pulling logs and driving  a sawmill 50 miles west of Melbourne for a time I am not certain, until it was left in the bush and not used. For what length of time I don’t know and for what reason I have no answers. I am estimating this was around  the late 1940’s early 1950’s. The area had very little population and would have sat in the bush without anyone noticing it.

While asking some old folks around the area if they knew any history I was always thinking it did a big end bearing and I left it in the bush but from what I understand what happened was there were hard times and not much money around. A couple of kids down the road came across the tractor in the bush and stripped the brass off the machine to sell for cash. This is the reason for it being incomplete.

My father and our family lived six to eight miles west of where the tractor sat in the bush. From what we understand Dad had stumbled across the tractor as he was fighting a bushfire sometime in the early 1960’s. As he was always keen on old machinery he decided this had to be his.

Remembering times were hard and our family didn’t have a lot of money somehow Dad struck a deal and the Titan was his. That was the easy part but the hardest was still to come getting it back to the farm six to eight miles away through the bush, up and down hills and the roadways weren’t built to get this back to home at this point.

The task was first of all to bring the Titan out of the bush, I was involved in helping Dad do this however my memory is reasonably hazy. We have a picture of us bringing it down with me standing beside the tractor. I look around the age of 9-11 years of age so this would make it around 1967 – 1969.

All I can remember is the hill was really steep and thick trees. It seemed the trees had grown around the Titan. We had to push it out of the bush with a chain from the Titan to the push vehicle so it would hold the tractor so as not to roll down the steep hill. From what I recall it took a day and a half to get it out of the bush which was only about half a mile.

The Titan sat out of the bush for the next 22 years, over this time I had finished my schooling, moved to Sydney living there for a number of years. I came back to Victoria bringing my family and started an Earthmoving business. At one time I was constructing a dam just up the road from where the Titan had been sitting for the past 22 years.

Without mentioning a word to dad, when the float came to pick up the Dozer I pushed the Titan onto the float and took it to his home. Well you should have seen the look on his face you had to be there and for the journey to understand what it was for Dad. For some it would have been nothing to get it on a float and get it here but for Dad it was never going to be that easy and it was such a big thing to have it on his property. So after 22 years he finally had it in his backyard.” 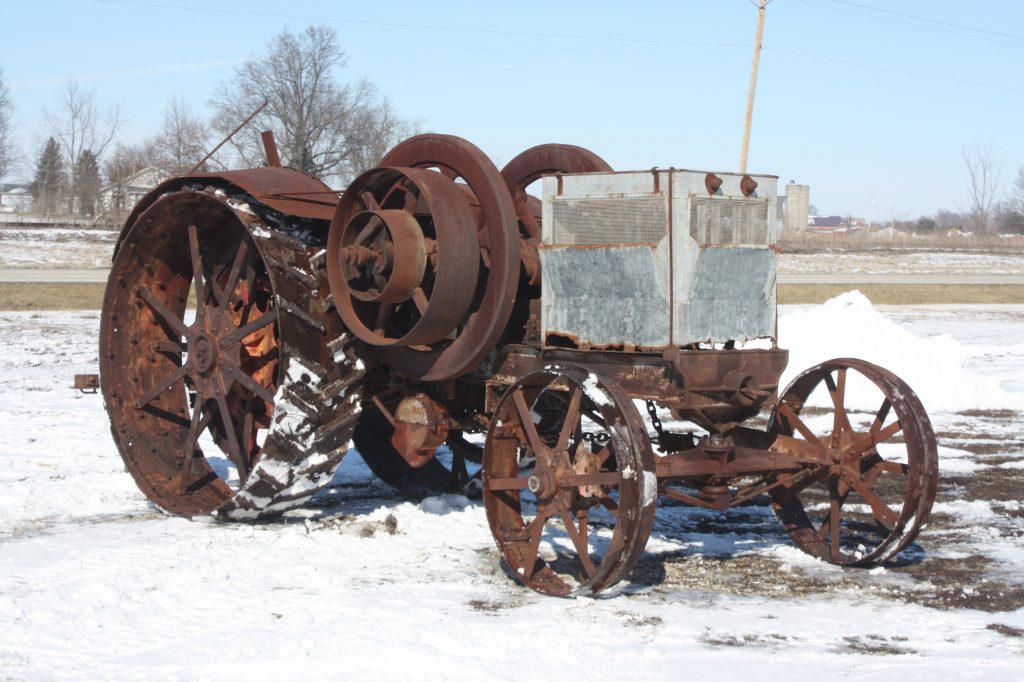 The tractor won’t be heading back to Australia as it was purchased by a private collector in the United States. Classic Tractor Fever will be following the tractor and hopes to give updates on its restoration.

Follow this link https://bid.aumannauctions.com/auctions/catalog/id/27052/ to see the results from all of the tractors that sold on the 2021 Pre-30 Auction.