This Fowler Gyrotiller works ground at a sugar plantation in Puerto Rico. 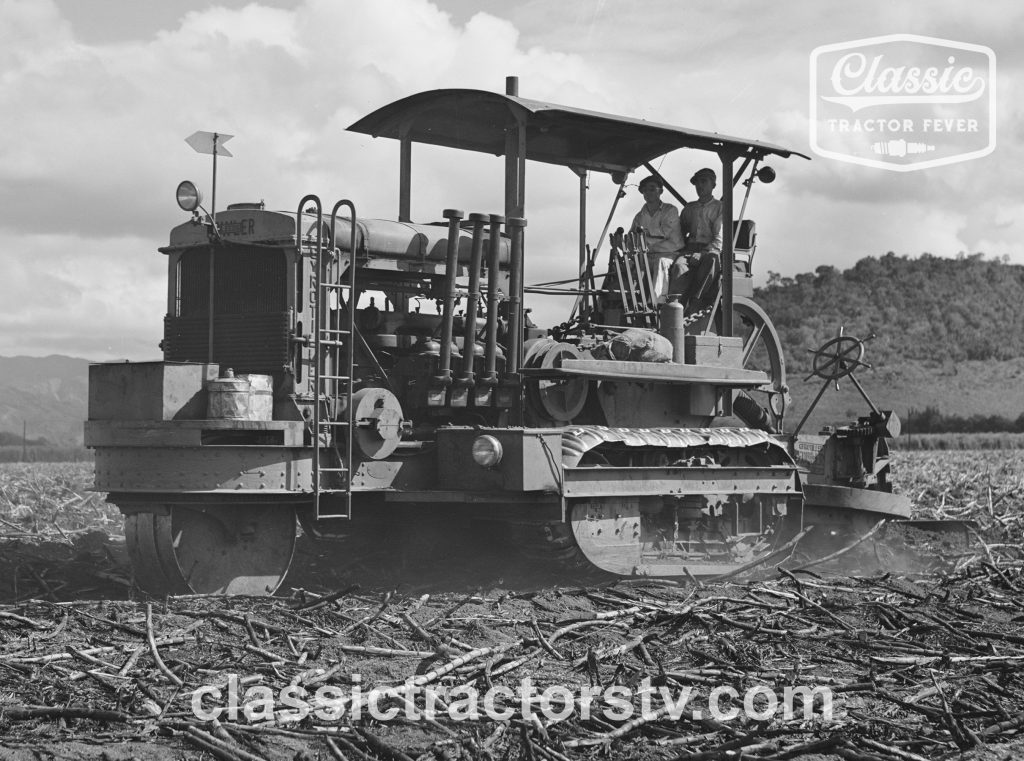 The Gyrotiller was invented by Norman Storey who was a sugar cane plantation manager in Puerto Rico. Charles Henry Fowler licensed the exclusive rights from Storey to built the tractor in 1925.

The first machines rolled of the line in October of 1927 in Leeds, England.  The early models were powered by a Richard0 225 horsepower petrol engine, but were later replaced by MAN diesel engine that were about 170 horsepower and used less fuel. The tractors were copied after the Holt tractors built by Ruston and Hornsby for the army during World War 1.

The only known example like the one shown in these photos resides in England.  Fowler also built smaller Gyrotiller rated at 80 horsepower, 40 horsepower and 30 horsepower. A few examples of the smaller models still exist in working condition. 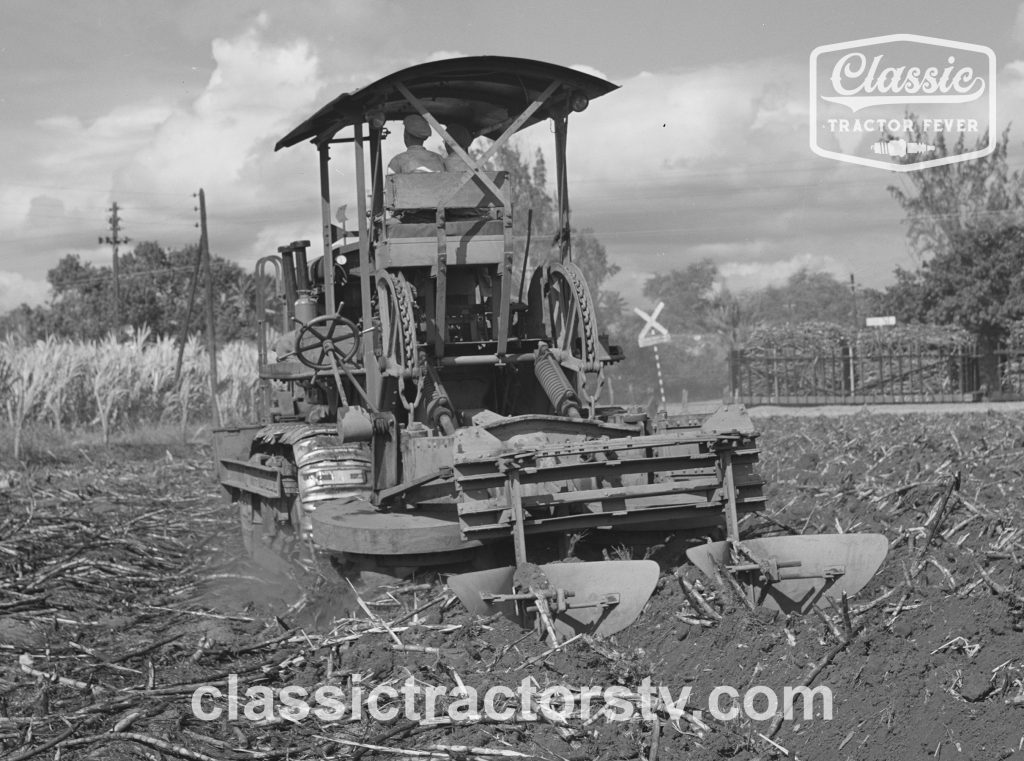 The two photos above show a Fowler Gyrotiller plowing a sugar cane field in Guanica, Puerto Rico in January of 1942. The photographs are by Jack Delano and are part of the United States Library of Congress Farm Security Administration/Office of War Information Black and White Negatives Collection.

Lloyd George demonstrates the mechanism of the Fowler Gyrotiller on a field in Churt, England. (1938)

The only known working Fowler Gryrotiller in action at the World Ploughing Match, York in September 2016.